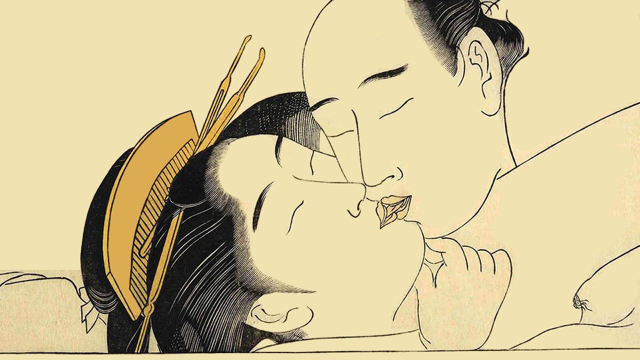 Did you know that when you meet a person of the opposite sex and make eye contact, there is an invisible data connection between the two of you, something like a bluetooth connection, but working by an unknown very subtle method. The data exchanged results in a determination of the suitability of a genetic union between the two of you. Every once in a while, you will meet someone with whom your genetic opposite factors are in harmony or balance. The "Universe" will let you know, will signal both of you, will "give you the green light". There is more than one kind of these signals, and qualitative differences between them. You must be healthy and clean internally (eating natural food), to be aware of these signals.


Can you imagine how such incredible sophistication developed. Can you imagine how many billions? of years of human evolution it must have taken to develop this system. Clearly it exists as a method of genetic "engineering", a way for the "Universe" to signal the most ideal partner combinations in order to produce the best possible human offspring. This is "God's" genetic engineering. We are God, in human form, so we engineer ourselves. We need to learn to work with this system, if we want to build a better world.


I had the same girlfriend all through high-school. I still think about her. She was the best. It often works that way, your first girlfriend/boyfriend is a perfect opposite provided for you by the "universe". If you have children with this perfect opposite, they will be very good quality human beings, who will be successful in life. But that doesn't happen all that often. We don't have children with someone wisely provided for us by the Universe. We choose someone based on common interests, or social factors….

The children we have, are fed very bad quality food, grown or processed for profit by industrial corporations. They breathe air and drink water containing industrial pollutants. They are injected with drugs and products of low-judgement profit-driven scientific/medical witchcraft. Humans are tough, and can survive incredible difficulties, but there is only so much they can take, and modern science can, and does, make things that can turn us all into whacko’s.


The Christian right (and Crosby/Stills/Nash) are right about one thing. We need to get back to the Garden (of Eden). We need to return to “God”. But not the God of the Christian right, the highly authoritarian 50 ft tall bearded guy who lives in a gold palace in heaven, and hates all the same people that the Christian right hates.. We need to learn about the REAL God, the infinite world that created this beautiful planet, and we need to recall how to live in harmony with the laws that nature follows, the Laws that produced us and our planet, laws we once knew, thousands of years ago, but now have forgotten. These laws are called "God's Laws" in Christianity. (NOTE: they are NOT the 10 command-ments)


As I was saying, I had the same girlfriend all through high-school. The girl and I were like a married couple. After school, we went to her house, we listened to records, we fooled around on her bed. It was the most natural thing for us. It was also one of the greatest spiritual experiences of my life. I was very lucky. This girl and I had the “blessing” of the Universe. She could have a powerful orgasm in 30 seconds to one minute. During that orgasm, she seemed to be completely under the control of cosmic forces. She was a perfect "machine", designed by the Universe/God to extract every bit of sperm I could supply. The first time I experienced her orgasm, I was shocked. I thought I had killed her. I was lying on top of her, face to face. Her eyes rolled back in her head, like a dead person. from the neck up, she no longer seemed to be present. Her hips, however, were pumping back and fourth with machine precision. Her legs were locked around mine, and her arms locked around my back. Even though she probably weighed less than 100 pounds, I couldn't move. Then my orgasm and she returned to “presence”. “The cosmic machine" immediately knew I had come, and was finished with me. That was the most amazing thing about the experience. I went home afterward, and for days, I couldn't stop thinking about it. It was the most amazing thing I had ever experienced.


It was a shocking experience…

I had seen an unknown side of my girlfriend. I was shocked at the power and strength, the powerful connection to "cosmic" forces. In replaying the event, I kept coming back to the fact that "the machine" knew exactly when I came, because the pumping immediately stopped. In the following months, I would try to resist orgasm, by concentrating on something else, but it never worked. No matter how long I was able to delay, "the machine" just kept going until I could no longer hold out. It never sped up or slowed down, there was no uncertainty or impatience in the motion. And it always stopped as soon as I came. I was amazed by this. There was some invisible force… synchronizing our activity. more later... Afterward, we went back to music, or home-work. There was no talk about it, she said nothing, like it was perfectly normal and nothing remarkable.

("God" / The Universe has been developing and perfecting human reproduction for a virtually infinite period of time. There is a complication and sophistication to it that is far beyond our comprehension. Yet so-called "religions" often reject it, in the life stories of their messiahs, by claiming virgin birth. This seems to me like a rejection of "God" and its trillions of years of perfecting human reproduction.)

Much more in progress on this topic, and I am asking for reader feedback and experiences. I am not sure yet what the best way to do this is. I am learning to code these pages as I go along.