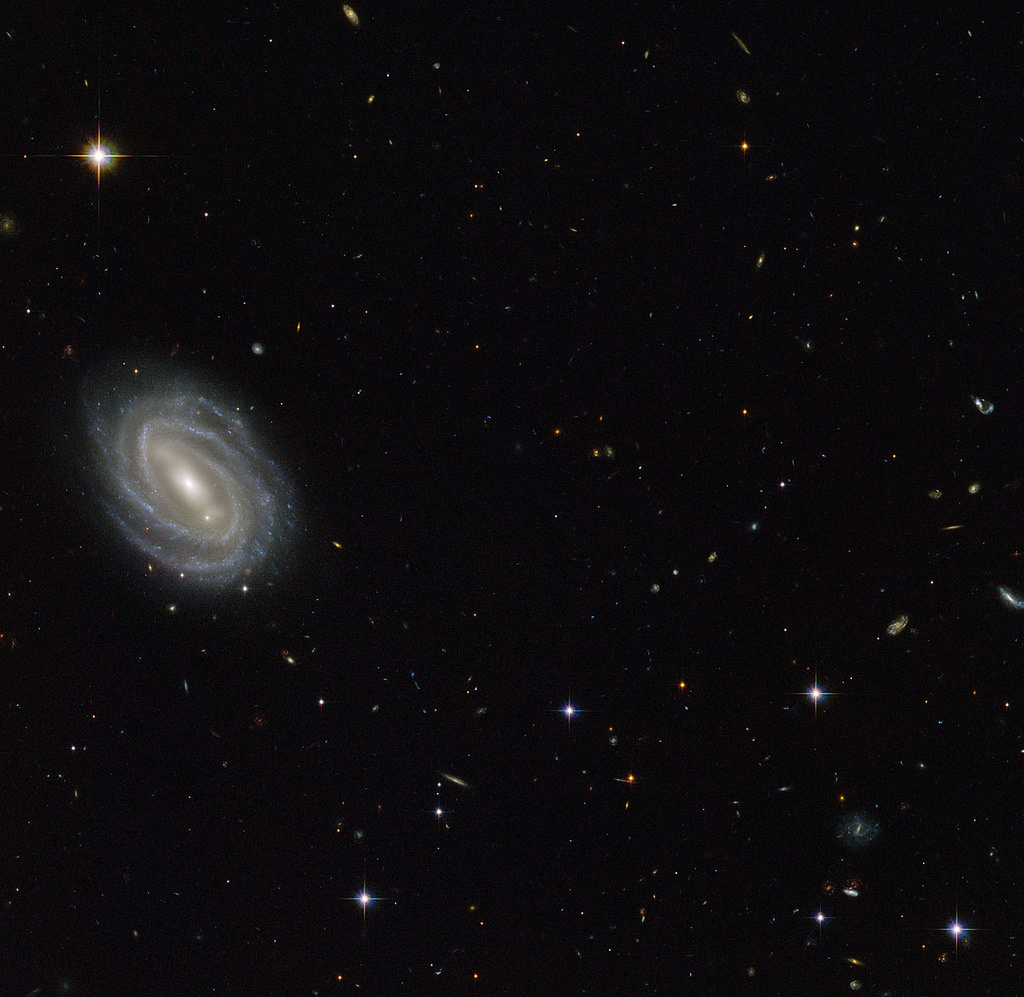 The (super) universe is infinite. Because the universe is INFINITE, there are an INFINITE number of spiral galaxies like the one in the picture. There are often billions of stars in a galaxy, and millions or billions with a planetary system. Even if only one planet out of a trillion had human life, there would still be an INFINITE number of planets with human life. INFINITE is INFINITE. We have many brothers and sisters. Created things come an go. Someday spiral galaxy PGC-54493 (above) will be gone. But the invisible, INFINITE world that created it, from which it came, is FOREVER.

The spiral galaxy in the picture was created in a way very similar to the way a spiral whorl happens in a flowing river. Something, a submerged rock, a log, interferes with/slows down the smooth flow of the river, and spiral whorls appear. In the blackness of space, there are invisible rivers that move at infinite speed. If anything interferes with the infinite speed of these rivers, matter condenses out. Like in water, the path taken is a spiral. Everything in nature is following a spiral path. All matter is spiral. Everything from a hydrogen atom to spiral galaxies are formed from the outside, and have spiral movement toward the center. A hydrogen atom has a center proton and an electron spinning around it. The path of the electron is actually a spiral. The electron will eventually reach the center to form a neutron. Science hasn't noticed this yet because it takes about 250 million years. Every hydrogen atom eventually becomes helium, and then becomes beryllium, etc. Billions, trillions of years are required. The time scale of the Universe is infinite. 250 million years is the blink of a eye to the Universe. The spiral galaxy in the picture could be trillions of years old, maybe billions of trillions. There was no Big Bang. 13.6 Billion years is NOTHING to the Universe. Atoms in your belly-button lint are older than that. There is no 6000 year old Earth. These ideas are nonsense. Yes there is red-shift, indicating an expanding universe. But EVERYTHING is either expanding or contracting, and what expands, eventually contracts. And then it expands again. Universes included.